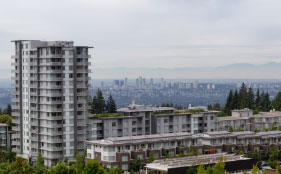 When you consider the seemingly unreachable housing prices in Vancouver, it is hard to imagine who could possibly afford to buy Vancouver real estate. Add to that the mystery surrounding the whole money-laundering issue, and things become even more intriguing.

According to a new housing report by the Canadian Housing Statistics Program, it seems much of British Columbia’s property market is owned by foreign buyers. However, there are other factors at play, including a rise in Hong Kong-based Chinese buyers in Greater Vancouver, the growing trend for co-ownership, dirty money purchases, and high earners.

Here’s an overview revealing who is buying Vancouver real estate.

The report showed that Vancouver had the highest share of non-resident ownership of condominium apartments at 7.9%. Of the overall non-resident owned properties of 7.9%, two-thirds were condos, with the average value of those condos being 30.4% higher than those owned by residents.

In the city of Vancouver, the average price of a non-resident owned condo is $930,600, reflecting a 25.6% higher price than resident-owned condos.

However, when comparing the average value of various property types, the greatest difference was noted for detached homes, which saw the average non-resident’s price at approximately $2.3 million, compared to resident-owned at $1.6 million.

Greater Vancouver A subdivision, the City of Vancouver, and West Vancouver were the areas that showed the most pronounced differences. Detached homes in Greater Vancouver for non-resident owners averaged almost $8 million, while residents had an average value of just $5.3 million. This might also be reflected in the fact that there is also a larger average size owned by non-residents by 32.2%.

According to The Globe and Mail, Vancouver has also seen a rise in Hong Kong buyers. The article reports Vancouver real estate agents are seeing more people from this area showing up for open houses. That now exceeds buyers from Mainland China who have been visibly active buyers in the Vancouver area.

This interest comes in the wake of China’s one country, two systems framework. As the country sees protests erupt over fears of what the country’s extradition laws will lead to, so too does the interest in Vancouver properties from Hong Kong, China.

However, real estate agents also feel BC’s 20% foreign-buyers tax also has reduced interest in Mainland Chinese buyers. The tax does not apply to Canadians living in Hong Kong, which might be why those buyers are showing more interest. They want to move back to Canada before Beijing tries to seize perceived dissidents.

Money Laundering in BC

The CBC reported an estimated $5.3 billion of real estate transactions were the result of money laundering in British Columbia. This has contributed to about a 5% rise in housing prices, according to the panel commissioned by the provincial government.

It is estimated that the dirty money accounted for as much as 72% of the $7.4 billion that was possibly laundered through British Columbia real estate last year.

The Vancouver Sun has also reported on a growing interest in co-ownership. Co-ownership provides a way for more first-time buyers to break into the pricey Vancouver real estate market. It allows buyers to purchase property together. The percentage of ownership would vary depending on what each co-owner contributes. The owners then become “tenants in common,” providing each co-owner with exclusive ownership for their percentage of title.

Co-owners can divvy up space into exclusive-use areas, which could be a private suite or just separate bedrooms. The rest of the common space of the home is shared. Of course, it can get complicated. Depending on the share each co-owner contributes, it can be difficult to determine how much more space the larger contributor is entitled to.

A typical home is not designed for this type of setup. When renovations are required, the same challenges are faced when determining how to split the renovation costs. Because of these considerations, co-owners should work with a lawyer to draw up the specifics for the arrangement so that it’s clear what each person will share and pay for when it comes to expenses.

In 2018, CTV reported on a study to determine the required income for buyers looking to own a home in Metro Vancouver. They compared required incomes to the median household incomes provided by Statistics Canada and found there wasn’t an area in the Metro Vancouver housing market that allowed anyone to buy a detached house when earning a median income.